Experience Unity through Film at Yale this November 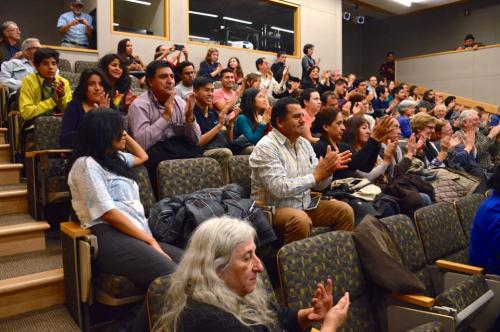 New Haven‘s Latino community represents more than a quarter of the city’s population. That population includes a wide array of ethnicities, each with its own distinct culture. Aside from immersing yourself firsthand into the culture, what better way to familiarize yourself with it than through films created by the very people who you want to learn about?

Text and photos provide only so much insight; film enables the viewers to immerse themselves in a world that might otherwise be unknown.

Such was the thinking that inspired the Latino and Iberian Film Festival at Yale (LIFFY). The mission of LIFFY is to bring excellent films from all over Latin America, the Iberian Peninsula, as well as films made in the United States to the attention of the greater New Haven community.

Admission to the festival is free.

LIFFY is the brainchild of Yale professor Margherita Tortora. Tortora has been teaching Spanish language at Yale since 1993. She’s been running film series at the school for about just as long, and in 1999 created a class titled Spanish Through Film.

In 2010 she collaborated with a non-profit organization called the New England Festival of Ibero-American Cinema (NEFIAC), and brought that film festival to New Haven. She continued to work in conjunction with NEFIAC until 2015, when she decided to break off and have Yale’s Council for Latin American and Iberian Studies host its own festival. This year will mark LIFFY’s second year.

The festival has three award categories:

The films must have something to do with Latino, Iberian or Latin American culture in general and must have English subtitles. And, unless it is a tribute, it must have been made within the last three years. The jury consists of three or four well-known filmmakers or professors of film studies.

Each screening is followed by a question and answer session with the filmmakers and/or actors in attendance.

“There’s really a dynamic exchange of ideas during those Q&As,” says Tortora. She recalls when the widow of Argentinian filmmaker Raymundo Gleyzer came and discussed the disappearance of her husband during Argentina’s military dictatorship.

“There happened to be some Argentines in the public who began to speak about their experiences with friends and family who had also disappeared in Argentina during that time,”Tortora recalls.

Her students had read about similar incidences, but hearing the personal accounts firsthand brought it close to home. “It’s very special for the community, especially young people, to learn about these experiences, not only through film, but through the conversations about the film.” 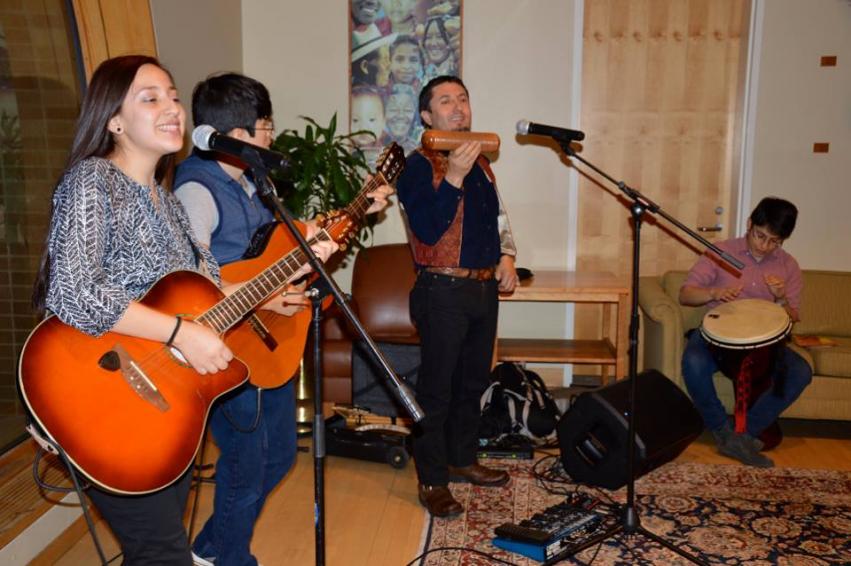 Not a Hollywood Film Festival

From its inception, Tortora has been adamant about the festival being free to the public.

“LIFFY is a festival at Yale, but it’s for the community,” she says. Anyone is able to come see the films and be a part of the experience. She also believes it has a more educational purpose.

“It’s not about the red carpet. There’s no Hollywood attitude. This is not a commercial film festival.”

While Yale is the main sponsor, hosting the event on its campus, LIFFY must secure outside sponsors to help with various aspects of the festival, such as covering airline and housing costs for the filmmakers. They’ve received support from various Latin American consulates and organizations in Connecticut, as well as local restaurants, such as Soul de Cuba, Miya’s Sushi, Subway and Wall Street Pizza, who have helped feed the filmmakers. They are always looking for new sponsors.

“This festival is about making people familiar with each other. We live in a time where xenophobia and racism have reared their ugly heads,” Tortora says.

“When you get to know other people, they stop being an object of fear or otherness. Come watch the films and meet the filmmakers; the world will become a little bit smaller to you.”

This year the festival will be held from Nov. 9–13, so mark your calendars now. For more information, visit the festival’s Facebook page.

written by Jessica Spinelli. Read the article on Knowledgegreen.com